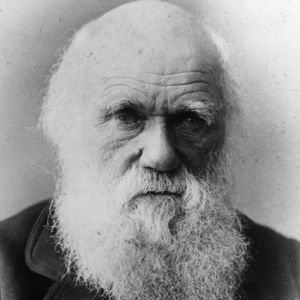 These were some of the questions Charles Darwin asked himself over years of research in botany, zoology and geology.  He was not the first person to ask them.  His own grandfather, Erasmus Darwin, believed that species evolved.  And others, like the French naturalist Jean-Baptiste Lamark, had proposed ways this could happen.  But it was Darwin who identified and explained the process, natural selection, that causes life to evolve.

Charles Darwin was born in Shrewsbury, England on February twelfth, eighteen-oh-nine. His father Robert Darwin was a doctor.  Charles’ mother Susannah Darwin was the daughter of the famous potter, Josiah Wedgwood.  She died when Charles was only eight years old.

Young Charles was intensely interested in the natural world from an early age.  But his father wanted him to be a doctor.      At age sixteen, Charles was sent to study medicine at the University of Edinburgh.  But he did not like it.  He found medical operations especially horrible.  He later went to Cambridge University.  His father now hoped that Darwin would become a clergyman. But at Cambridge, Charles continued to follow his own interests.  There, he met John Henslow, a plant scientist and clergyman.  The two became friends.

John Henslow suggested that Charles Darwin take the unpaid position of naturalist for a trip on the British ship H.M.S. Beagle. It sailed around the world from eighteen thirty-one to eighteen thirty-six. The main goal was to make maps of the coastline of South America.  The British government paid for the voyage.  But another purpose of the trip was to collect scientific objects from around the world.

The Beagle’s first stop was one of the Cape Verde Islands near the coast of Africa.  There, Darwin noted that levels of rock extending high above the sea contained the fossil remains of shells.  He thought that this was evidence that the bottom of the ocean had been lifted up by powerful geological forces over long periods of time.

The Beagle continued to the coast of South America.  In Valdivia, Chile, Darwin experienced an earthquake.  He collected examples of plants and animals.  He also collected the fossil remains of animals that had disappeared from the Earth.

But it was on the Galapagos Islands off the coast of Ecuador that Darwin found creatures that made him wonder about how species develop and change.  There, he saw giant tortoises and noted that the reptiles were different on each island.

He collected birds, each with different beaks.  Later, after he had returned to England, he would be shocked to find that these very different birds were all finches. Darwin found lizards called iguanas that lived on land and ones that fed in the sea.

Darwin noted that all these species were similar to those found in South America.  But, they all had differences, or adaptations, that helped them survive in the environment of the Galapagos Islands.

Darwin sent much of what he collected back to England on other ships the Beagle met along the way.  By the time he returned to England in October of eighteen thirty-six, he was already a well known geologist and naturalist.  Within a few years, he would be accepted into scientific organizations like the Geological Society and the Royal Society.

Darwin moved to London to be near other scientists.   He wrote a new version of the book about his travels.  He also edited works of others about the things he had collected on his trip.  Darwin also agreed to write several books including the “Zoology of the Voyage of the H.M.S. Beagle.”  But in eighteen thirty-seven, the pressure of the work caused his health to suffer.  He developed problems with his heart.

Charles Darwin had poor health much of his life.  He suffered headaches and problems with his skin and stomach.  No one was able to find out what disease he may have had during his lifetime.  Recently, some experts have suggested that he might have become infected with a tropical disease.  Others suggest Darwin’s health problems were caused by conflict in his mind over his theory.  Poor health would later force him to leave London and settled at Down House near Kent, England.

Darwin began work on a series of secret notebooks containing his thoughts about the evolutionary process.  He began to think that animals developed from earlier, simpler organisms.  As early as eighteen thirty-seven, he imagined this process as a tree with branches representing new species.  Unsuccessful branches ended.  But successful evolutionary changes continued to form new branches.

Charles Darwin’s personal life was also expanding.  In eighteen thirty-nine, he married Emma Wedgwood, his cousin.  He told her his ideas about how species evolve over time — what he called the transmutation of species.

Emma did not agree with her husband.  But the two had a strong and happy marriage.  They had ten children together. Seven of them survived.

Charles Darwin read widely and sought ideas from other fields of study.  He was influenced by Thomas Malthus’ work, “An Essay on the Principle of Population” written in seventeen ninety-eight. Malthus argued that populations are always limited by the food supply.

Darwin would later say that this work caused him to realize the struggle for limited resources was a fact of life.  He said small changes took place in individual animals.  Changes that helped them survive would continue.  But those that did not would be destroyed. The result of this would be the formation of new species.

The British philosopher Herbert Spencer described this struggle as “survival of the fittest.”  But biologists use the term “natural selection” to describe the evolutionary process.

Charles Darwin developed his idea slowly over more than twenty years.  He was concerned that he would lose the support of the scientific community if he revealed it.  He wrote to his friend, botanist Joseph Hooker, that speaking about evolution “was like confessing a murder.”

It was not until eighteen fifty-eight that Darwin was forced to release his theory to the public.  Another naturalist, Alfred Russel Wallace, had independently written a paper that contained ideas similar to Darwin’s concerning evolution.  Wallace had reached these ideas from his studies on islands in the western Pacific Ocean.

With help from Darwin’s friends, the two naturalists presented a joint scientific paper to the Linnean Society of London in July of eighteen fifty-eight.  At first there was little reaction.

Then, in November, eighteen fifty-nine, Darwin released the results of all his work on evolution.  The book was called “On the Origin of Species by Means of Natural Selection, or the Preservation of Favoured Races in the Struggle for Life.”  It was an immediate success.

The “Origin of Species” was praised by many scientists.  But religious leaders denounced it.  For them, evolution opposed the explanation of creation found in the book of Genesis in the Bible.  Today, almost all scientists accept the theory of evolution.  But many non-scientists are unsure about whether humans evolved over millions of years. In the United States, public opinion studies have shown that less than half the population believes in evolution.

Natural selection does not explain everything about why species evolve.  Darwin did not know about Gregor Mendel’s work on heredity.  And the discovery of genetics and D.N.A. molecules took place long after his death.  Yet, Darwin theorized in a world much different from the one we know.  That is why scientists today wonder at the depth of his knowledge and the strength of his arguments.

Charles Darwin died on April nineteenth, eighteen eighty-two.  He was buried at Westminster Abbey, in London, among other heroes of Britain.