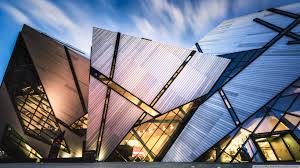 Architecture (from Latin, architectura and ultimately from Greek, “a master builder”, from αρχι- “chiefs, leader” , “builder, carpenter”) is the art and science of designing buildings and structures.

A wider definition would include within its scope also the design of the total built environment, from the macrolevel of town planning, urban design, and landscape architecture to the microlevel of creating furniture. Architectural design usually must address both feasibility and cost for the builder, as well as function and aesthetics for the user.

Planned architecture often manipulates space, volume, texture, light, shadow, or abstract elements in order to achieve pleasing aesthetics. This distinguishes it from applied science or engineering, which usually concentrate more on the functional and feasibility aspects of the design of constructions or structures.

In the field of building architecture, the skills demanded of an architect range from the more complex, such as for a hospital or a stadium, to the apparently simpler, such as planning residential houses. Many architectural works may be seen also as cultural and political symbols, and/or works of art. The role of the architect, though changing, has been central to the successful (and sometimes less than successful) design and implementation of pleasingly built environments in which people live.

Romans absorbed brightness and rituals based in Greek Architecture; the Temple and all Gods, the Ágora (specific place for a special or casual meeting), and, building the Colosseum of Rome, they represent all orders, Doric, Ionic e Corinthian.

Le Corbusier said: “You employ stone, wood, and concrete, and with these materials you build houses and palaces: that is construction. Ingenuity is at work. But suddenly you touch my heart, you do me good. I am happy and I say: “This is beautiful. That is Architecture. Art enters in…”